Ferncast has announced version 2.5 of aixtream 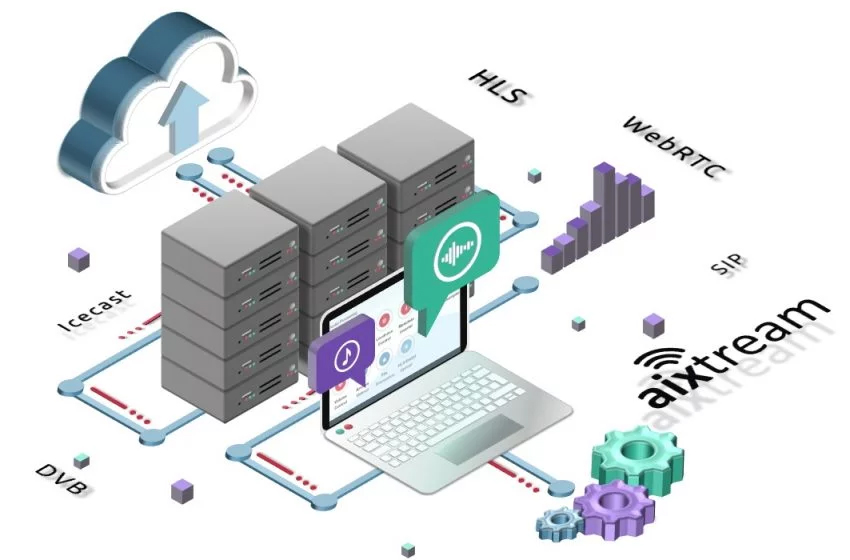 WebRTC has become a leading standard for audio transmission for applications that work in web browsers or as simple phone apps.

Firstly, it allows users to use its listen-in function to monitor signals in an aixtream system from a computer or mobile device using WebRTC instead of HTTP, which reduces latency.

Secondly, it provides input and output of WebRTC audio. Users can send audio to an aixtream system via a web browser or mobile app, and aixtream can output audio to be received by these platforms. Ferncast claims this provides new opportunities to exploit professional solutions like aixtream using simple tools. An example would be to enable operators of PA systems to work from home, where operators could use consumer audio hardware connected to their computers to input WebRTC audio via a web platform, which then forwards the audio to an aixtream system.

“In addition to the added features, we have also done a lot of behind the scenes work to set the stage for exciting developments coming in the near and mid-term future,” said Bernd Geiser, senior audio engineer at Ferncast.

“With easily accessible and versatile instruments to access and deliver audio streams such as WebRTC, we are now able to deliver cloud-based services that leverage the full power and flexibility of aixtream even for short-term or small-scale jobs.”

Additional features in version 2.5 include configurable measurement PIPEs for measuring levels; improved level monitoring, including separate activation threshold and hold time; transmission of program reference level for DVB with AAC; a new widget to control delay via the dashboard; Control Applets that now apply multiple presets as an action.

The Ferncast development team says it is now working on a multiplatform radio producer app with a variety of functions including streaming and interview management. This app will be released at the IBC2022 in Amsterdam.

Existing customers interested in enabling WebRTC for their aixtream installations should contact Ferncast about receiving a license upgrade.