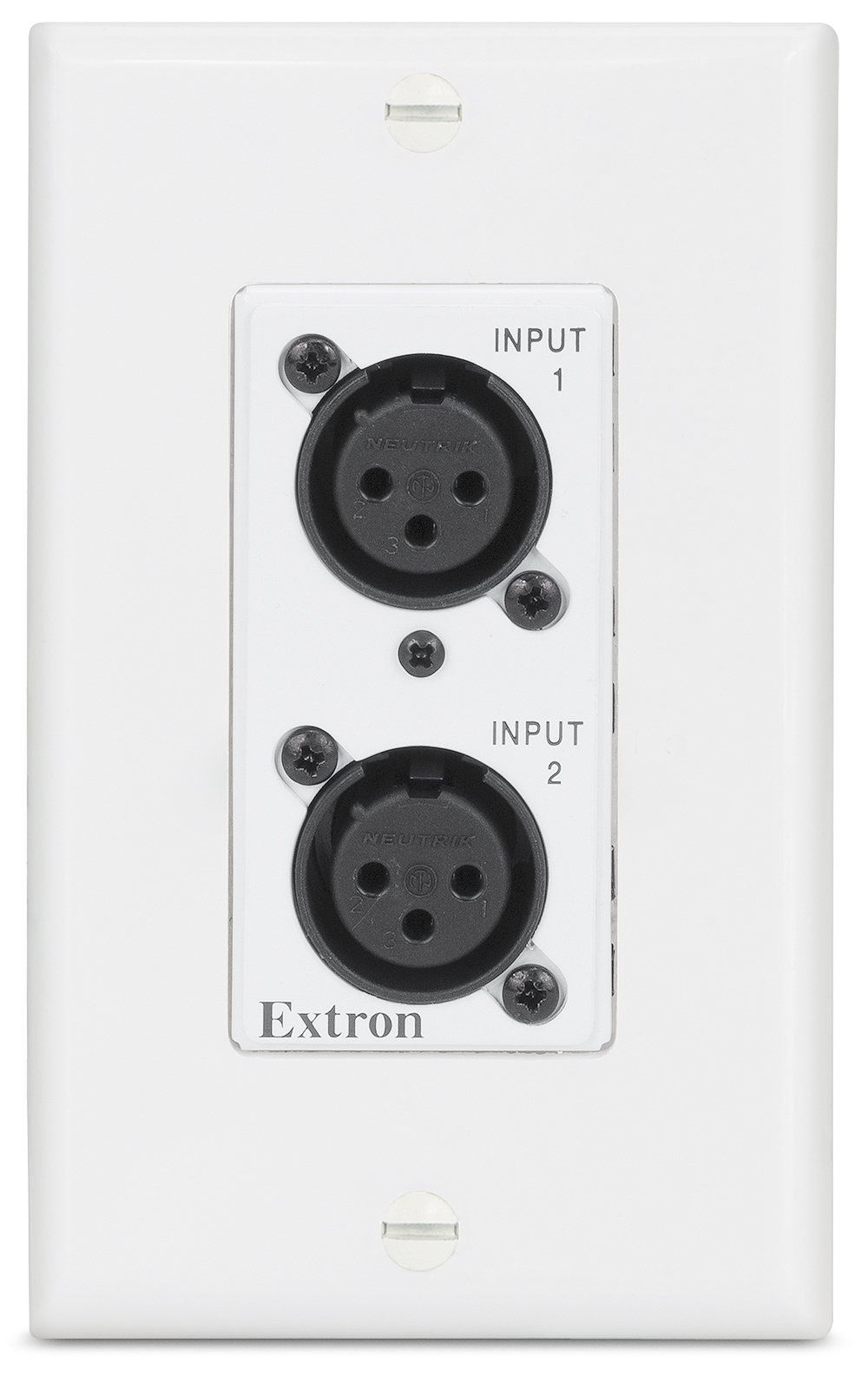 The Extron AXI 22 AT D is a single-gang decorator-style audio interface for integrating two mic/line sources onto a Dante®-enabled audio system. It features two XLR audio inputs and switchable 48 volt phantom power for connecting and powering condenser microphones, plus gain controls for each input. The AXI 22 AT D also features two line outputs on the back for routing any two Dante channels from the network to the analog input of a destination device, or connecting into an optional secondary wallplate with two XLR outputs. The AXI 22 AT D interfaces with any Dante-equipped audio processor, such as an Extron DMP 128 Plus AT, over a standard local area network, and can be powered through PoE. This allows a single network cable connection for bidirectional audio and power from a central equipment rack.